Snohomish Family Medicine is pleased to welcome Keven Babbitt, ARNP, to their Walk-In Clinic at 629 Avenue D in Snohomish. Keven attended Washington State University and graduated in 1999 with a Bachelors of Science in Nursing and started his career locally in both telemetry and intensive care. In 2000 he joined the Navy and was assigned duty stations that included Naval Hospital Guam and National Naval Medical Center San Diego and later when returning to civilian life worked as an emergency nurse.  He was called back to active duty in 2011 and served in Afghanistan with a fleet surgical team and medical convoy, doing a short stent at the NATO Role3 Hospital at Kandahar Air Field, Afghanistan. When Keven returned to the states, he entered the Family Nurse Practitioner program at Seattle Pacific University and graduated in 2016, having earned a MSN-FNP. Join us in welcoming Keven to Snohomish Family Medicine. 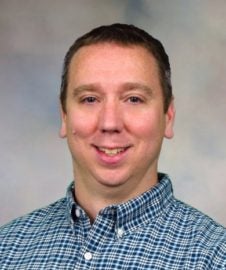