World No Tobacco Day is May 31 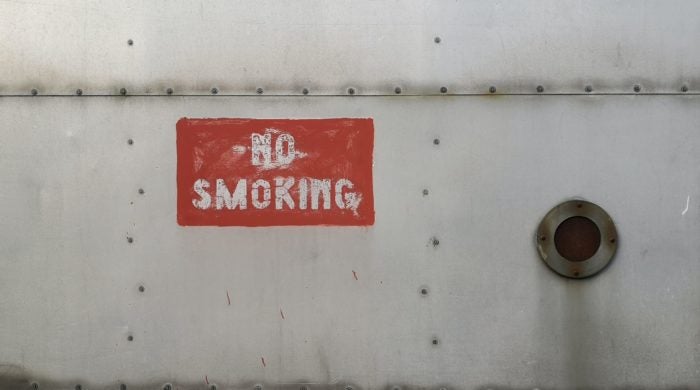 The World Health Organization (WHO) recognizes May 31 as World No Tobacco Day. The global campaign was created in response to the decades-long marketing by tobacco companies to attract youth to their products. Through extensive research, the companies have learned ways to appeal to younger consumers, thus fostering potential addictions that will necessitate the use of their tobacco and nicotine-related products for years to come.

Common Myths used to confuse young consumers include products that are alleged to cause “reduced harm” or claim to be “cleaner” alternatives to traditional cigarettes. The trouble with these declarations is that they aren’t backed by science and the items are potentially just as dangerous to the user’s health as traditional tobacco products.

Illness and Death related to tobacco use is still a prevalent problem in the United States with over 480,000 people dying from tobacco-related causes each year (worldwide, that number jumps to 8 million). Furthermore, issues caused by tobacco use such as lung cancer, COPD, strokes and emphysema remain common among Americans.

There are unfortunately many ways that tobacco companies manipulate young people into trying and ultimately using their products over time:

By engaging celebrities and influencers that may be prominent on social media channels frequented by minors, to display their use of tobacco products, they are glamorizing those products and making them seem safer by association.

Offering tobacco products in varieties such as fruit, bubble gum and cotton candy, they make the taste more appealing and provide a false sense of innocence to their use.

The creation of chic shapes and sizes of tobacco products makes them “cool” in certain social groups and makes them appear deceptively safe.

When promoting the use of tobacco products in films and television programs meant to appeal to a younger audience, the companies are romanticizing the practice and omitting the reality of damage to a person’s body such use can cause.

By offering the products in an easily accessible area near candy aisles and other snacks, there is an unspoken association that these items are in some way equivalent to regular ‘treats.’

When tobacco is sold in vending machines that are often not monitored or regulated heavily, companies are allowing access to often unsupervised youth who otherwise would not be able to purchase such products.

The purpose of ‘World No Tobacco Day’

The 2020 counter-campaign for World No Tobacco Day aims to put an end to the myths surrounding these marketing falsehoods and hopefully reduce the overall amount of tobacco-related illnesses and deaths in our country. The plan is to inspire action in the following ways:

Equip young people with knowledge. By spreading the word on how their generation is being manipulated, younger citizens are much less likely to fall prey to the efforts of the tobacco companies to lure them in as customers.

Empower influencers. Engaging influencers in the home, in pop culture, on social media and in schools to send the right messages regarding tobacco use can stop those who are using from continuing down a path of addiction and prevent others from starting bad tobacco habits.

Debunk myths. Showing data about what tobacco products really do to our bodies and demonstrating how the public is being led to believe otherwise can change the minds of those who don’t take the risks of tobacco use seriously.

Talk to a Doctor

If you or your child’s health has been impacted by the use of tobacco, or you are showing symptoms of illnesses related to long-term tobacco use, our Western Washington Medical Group Pulmonary/Asthma Practice can help. Our board-certified pulmonary physicians are trained to diagnose and treat disorders and infections of the respiratory system. They can conduct office consultations; Arterial Blood Gas measurements; pulmonary function tests; spirometry; exercise tests and Bronchial Thermoplasty. There are also Telehealth appointments and support groups available for some ailments. To learn more or contact the team for an appointment, visit this page.

Or for more general inquiries, fill out the form on this page.