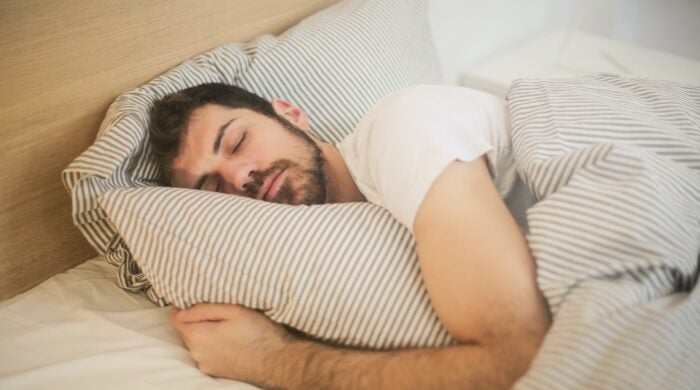 Over 50 million Americans suffer from sleep disorders, so if you feel you’re not getting enough rest, chances are you may have one. If you do, it’s important to address it because a lack of sleep can lead to several health problems including weight gain, weakened immunities, reduction of cognitive clarity, impaired ability to drive a motor vehicle and a lowering of libido. It may also increase the risk for diabetes, strokes and certain types of cancers.

In this post, we’ll examine some of the most common types of sleep disorders, discuss their causes and treatments, and provide information about how to get help if you’re experiencing sleep issues.

With nearly 80 classified sleep disorders on record, it’s admittedly difficult to self-diagnose what may be causing your unrest. What follows are the most prevalent disorders currently affecting those in our country.

Insomnia. Perhaps the most well-known disorder, insomnia occurs when a person has trouble falling or staying asleep. It’s a common condition that can be classified as acute if it happens as a result of circumstance (such as travel or time-zone changes) or a stressful life event, and then stops; or it can be considered chronic if it’s an ongoing problem. The source of most insomnia is anxiety or depression, but it can also be linked to other mental or physical health issues. Treatment for insomnia can include over-the-counter sleep medications, behavioral therapies, alternative medicines, biofeedback and relaxation techniques, meditation and for more severe cases, prescription drugs.

Idiopathic Hypersomnia. This chronic disorder is far more rare than insomnia and causes the patient to feel sleepy and tired/foggy throughout the day, even after getting a good night’s sleep. It can become serious, as one of the side effects is interference with daily functioning and falling asleep at inappropriate times. It also may be difficult for those affected to wake from naps or regular sleep cycles. Less common symptoms include headaches, sweating, fainting, taking a shorter time to fall asleep than normal and sleep paralysis. Unfortunately there are no FDA-approved medications specifically made for this condition, but many drugs used to treat narcolepsy are often substituted, used in conjunction with behavior modifications and other therapies.

Narcolepsy. This disorder is more well-known and less severe than idiopathic hypersomnia, but can disrupt daily life significantly, nonetheless. It’s a chronic disorder of the brain that forces sudden bouts of sleep or extreme sleepiness during the daytime. These episodes can last from a few seconds to a number of minutes depending on severity. Some patients also experience loss of muscle tone, vivid dreams or hallucinations and sleep paralysis. The disorder can have many causes, but the most likely is low levels of the neurotransmitter hypocretin. Treatments range from basic lifestyle changes to prescription medications.

Snoring. Affecting approximately 90 million Americans, snoring may seem so common some may not consider it a disorder, but its impacts can be significant for those who suffer from it and their roommates. Snoring causes noisy breathing during sleep, which stems from the vibration of a narrow airway in the throat. The reasons for snoring can vary from age to anatomical abnormalities to obesity. This disorder can lead to headaches, daytime sleepiness, loss of concentration, waking at night and weight gain. Treatment can be as minor as modifying a sleep position to something as major as surgery, but there are also options that include oral appliances and lifestyle changes. In addition, injection snoreplasty, a nonsurgical treatment which injects a hardening agent into the palate, is now widely used. A sleep study is often conducted to determine the appropriate treatment plan when snoring persists.

Obstructive Sleep Apnea. A more serious disorder, breathing periodically stops during sleep for those affected by obstructive sleep apnea. This is caused by throat muscles relaxing and soft tissue blocking the airway. Changing sleep positions, losing weight, avoiding alcohol and using oral appliances can all help reduce the occurrence of sleep apnea, but many must also use a Continuous Positive Airway Pressure (CPAP) device, which is a mask that fits over the face and gently blows air into the airway during sleep to help keep it open.

Restless Legs Syndrome. One in ten Americans suffer from Willis-Ekbom Disease, more commonly known as Restless Legs Syndrome. It refers to the disorder that causes overwhelming urges to move the legs while they are in a resting position. It’s a neurological condition typically treated with a combination of medicines, plus a regimen of exercise and warm and cool packs applied to the legs.

Sleep-related Eating Disorders. Some of the most least discussed sleep issues are those that stem from sleep-related eating disorders. These are categorized by abnormal eating patterns during the night. When the person wakes the next morning, they have no recollection of preparing food in a sleep state unless they injured themselves in the process or have evidence of eaten food around the house. Similarly, nocturnal eating syndrome impacts those who eat with full awareness during the night and cannot fall asleep unless they do. These both carry the danger of injury if they’re using knives or heating meals up and of weight gain. Both disorders can be treated with behavioral modifications and in some cases, medications. A sleep study is often conducted to determine the best course of action.

Finding relief from chronic sleep issues is a must for optimal health. If you or a family member is suffering from any of the symptoms listed in the disorders above, it’s time to get help. Western Washington Medical Group Sleep Medicine team is made up of an expert group of board-certified sleep medicine pulmonologists. They can diagnose and treat a variety of different sleep disorders, including prescriptions for CPAP, if that is the recommended treatment for your issue. Complete the form on this page to schedule an appointment.