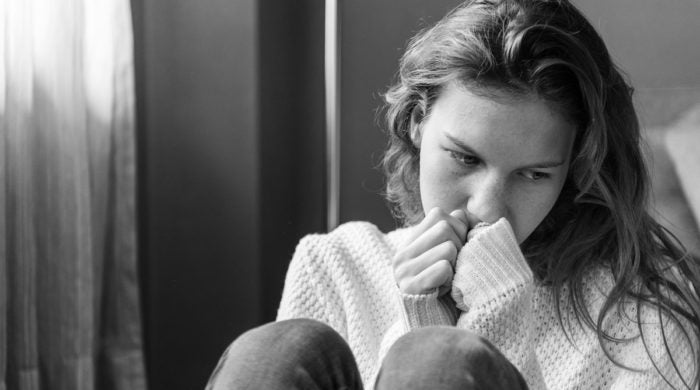 Starting in late fall or early winter, many experience a sadness that they find hard to define; a shift in how they feel about life and the world that may also be coupled with fatigue or a whole host of other symptoms. This is often diagnosed as Seasonal Affective Disorder (SAD), which is also commonly called “winter depression.” It’s estimated that four to six of every 100 people suffer from this ailment.

The exact cause of this winter depression is still unknown, but it’s thought to be linked to a few things:

Who does Seasonal Affective Disorder impact?

SAD can affect anyone at any age, but statistics show it’s more common in women (they get it up to four times more often than men), children/adolescents, and those who live far from the equator. Folks with depression or bipolar disorder in their family may also be more susceptible to it than those without.

What are the symptoms of Seasonal Affective Disorder?

The symptoms of winter depression are often similar to traditional depression. They include, but aren’t limited to:

The main distinction between SAD and regular depression is that the symptoms appear for their sufferers when there is a change in their exposure to daylight and sunshine. Although it is most common during the transition from fall to winter, a different version of the disorder also occurs in some when the opposite seasonal changes happen in spring and summer.

The good news about Seasonal Affective Disorder is that it is treatable. Depending on the severity of the symptoms, individuals may have success with just one method or a combination of treatments.

Some common ways of treating SAD are:

Light Therapy. With this method, sufferers are exposed to a daily dose of bright light via what’s known as a therapy box or phototherapy box, which is meant to mimic sunlight. Experts deduce that this kind of light-substitution causes a chemical change in the brain that elevates the mood and can ease the symptoms of SAD. The side effects of light therapy are also very minimal (some experience headaches or fatigue), so they are an attractive choice for many. Although often recommended by doctors, light boxes are typically available without a prescription. They also are not regulated by the Food and Drug Administration (FDA), so it’s best to consult with a professional on the most sensible option for your needs.

Anti-Depressant Medication. Light therapy doesn’t work for everyone, and in some only alleviates a few of the symptoms. When that is the case, a doctor may choose to prescribe anti-depressants such as Serotonin Reuptake Inhibitors to treat SAD.

Natural Remedies. As an alternative to anti-depressants, some practitioners will prescribe Vitamin D, fish oil or other natural remedies known to supplement the benefits of sunlight and lift the mood of its recipient. These prescriptions are often combined with other methods of therapy for a fully holistic approach to treatment.

Psychological Therapy. Often used in combination with any of the above treatment methods, sometimes just understanding and discussing SAD with a trained therapist can help ease the pain of the ailment.

Consult with a Professional

If you’re experiencing symptoms that you suspect may be related to Seasonal Affective Disorder, or need assistance with treating traditional depression, we recommend speaking to a doctor directly. You can learn more about the Western Washington Medical Group Department of Psychology services here or request more information by completing the form on this page.