What Are Childhood Mental Disorders? 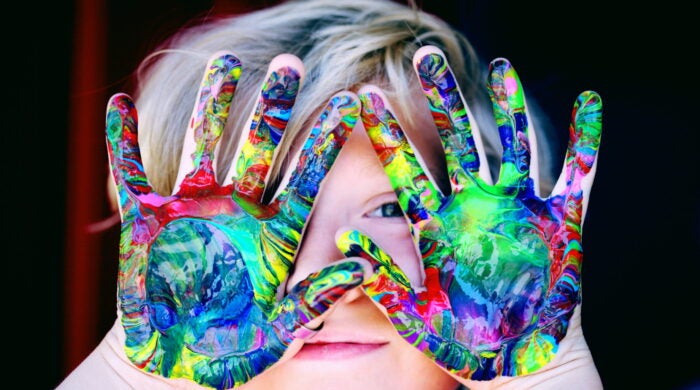 Childhood mental disorders are defined as any “serious changes in the way children typically learn, behave or handle their emotions, which causes distress and problems getting through the day.”

A disorder isn’t necessarily present for isolated episodes, which are a normal part of a child’s development, but if the behaviors are persistent and can’t be stopped by reasonable adult interventions, it may be time to seek professional help.

Anxiety is a prevalent issue in today’s world for many children. It can manifest as fear from being separated from parents or siblings; developing a phobia for a certain ritual; fear of animals or insects; fear of school or social gatherings; or fear of things that may never occur, such as natural disasters. This all leads to symptoms that can become quite severe — an increased heart rate, loss of sleep, headaches, dizziness, stomach aches and shortness of breath.

To treat anxiety, many doctors will prescribe medications and/or choose to explore a Cognitive Behavioral Therapy such as Exposure Therapy, which involves exposing the children to their known triggers in a safe environment and having them acclimate to prevent the fear-based response and dissipate the anxiety.

Depression isn’t just about a child being sad—every child will get sad from time to time, but when a child’s behavior changes to a general sense of hopelessness, that’s when depression may be present. Other signs of the disorder include a loss of interest in things they previously enjoyed; changes in sleeping and eating patterns; lack of attention span/loss of focus; self-destructive behavior and/or a lack of energy.

Treatment for depression is similar to anxiety, and often involves a combination of medicine and behavioral therapy. A more holistic approach by a doctor may include incorporating exercise and modifying the child’s diet as well.

Oppositional Defiant Disorder (ODD) is classified by behaviors in children usually aged 8 – 12 that are defiant and destructive toward known adults, such as family members, caregivers, teachers, coaches or religious leaders. They may lose their temper quickly and evolve their anger into tantrums; be verbally disrespectful; blame others for their actions; maintain a spiteful attitude and refuse to follow rules.

Psychotherapy is a common treatment for ODD, as is parent/teacher management training. There also may be attention given to social skills and problem-solving skills if the issues are related. In addition, anti-anxiety medications may be prescribed.

Conduct Disorder (CD) is a more severe disorder than ODD and is usually diagnosed when children are physically aggressive enough to harm people or animals; bully others; cause damage or destroy property; or violate social norms in a way that is dangerous to themselves or others (i.e. running away from home).

Treatment for CD is usually long-term and can be extensive because of the severity of the disorder. Options may include Psychotherapy, Cognitive Behavioral Therapy, outpatient stays in facilities that specialize in CD and medications.

Attention Deficit/Hyperactivity Disorder (ADHD) is a neurodevelopmental disorder where children are unable to concentrate on one specific thing and may exhibit multiple symptoms such as excessive talking; fidgeting; forgetfulness; challenges making or keeping friends; daydreaming during important times (such as school); and the lack of ability to resist temptation.

This disorder can be genetic or brought on by other factors like toxic environmental exposures; brain injuries; premature delivery at birth or alcohol or tobacco use by their mother while pregnant with them. ADHD is often treated with a combination of medications and Cognitive Behavioral Therapy.

Tourette’s Syndrome is also a neurodevelopmental disorder, but it’s identified by a series of movement tics and at least one vocal tic. Movements can include blinking or a twitching of the eye; vocal can include throat clearing, humming or yelling out a word or phrase without being able to suppress it.

While there is no cure for Tourette’s Syndrome, there are several medications and behavioral therapies, such as Habit Reversal, to help manage the symptoms.

Obsessive Compulsive Disorder (OCD) though often associated with extreme cleanliness is actually characterized by unwanted thoughts on various topics that develop into obsessions. These thoughts then result in actions that are classified as compulsions because the child feels that they must complete them. The behaviors are repetitive and must be done in a certain way or they feel compelled to start over and do them again. This disorder can be very disruptive to a child’s life and prevent them from completing necessary activities.

Treatment for OCD often involves help from the family and other adults in the child’s life to assist with the management of their stress and incorporate coping mechanisms learned in therapy into their daily routines. There also may be medicine prescribed.

Post Traumatic Stress Disorder (PTSD) occurs after a traumatic event such as an accident, the death of a loved one, the witnessing of violence or harm inflicted upon them. They may react to this by withdrawing emotionally from regular activities; having nightmares; displaying an ongoing state of melancholy; avoiding people or places related to the event; or expressing anger in outbursts.

Psychotherapy and Cognitive Behavioral Therapy are the most common ways to treat PTSD and to make the child feel safe again.

Child Psychology is an important branch of family health. It gives parents the resources to help their children advance through the stages of development and gives physicians a deeper look into the mental health and possible challenges a child might face in regards to learning or social differences, or developmental delays.

If you’re concerned about your child’s mental health and development, contact one of our Primary Care Clinics to schedule an appointment today. Our caring providers will evaluate your child and discuss appropriate treatment options, including referral to one of our many Psychologists if needed.

To request an appointment, please complete the form on this page.